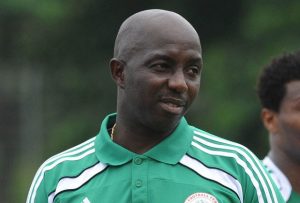 The Director of Communications, Nigeria Football Federation (NFF), Ademola Olajire, on Wednesday, said that the core mandate of the newly elected management of the football house was to prioritise age-grade football and grassroots development.

Olajire said this while speaking with the News Agency of Nigeria (NAN) on the sidelines of the 9th Nigerian Pitch Awards news conference at Ibis Hotel, Ikeja, Lagos State.

Olajire said the failure by the Super Eagles to qualify for the ongoing FIFA World Cup had left a sour taste in the mouth of every football fan in Nigeria, including the NFF.

“Every administration brings a new lease of life. The new NFF management is just settling down and there is positivity, hope, optimism and desire to work to ensure that things get better.

“The disappointments of the past are sad chapters we must close permanently and work hard that they never happen again.

“The vision of the new NFF management is to ensure the development of Nigerian football from the grassroots; this has been enunciated,” he said.

Olajire noted that the reason for the mandate of the new administration of NFF was to ensure that the national teams were built around locally sourced players.

“It is important to build from the grassroots. The new NFF President, Ibrahim Gusau, has been talking about reviving the U-13 and U-15 championships for the boys and girls categories.

“This will help to build a database of players from the lowest level and when it is time for major championships like U-17 World Cup, we won’t have to go through the rigours of screening over 2,000 players.

“The players from the U-13 and U-15 will be given periodic camps before they go for the U-17 competitions and from there, they will graduate to U-20 and then the senior national team.

“This is going to be a huge project for the NFF because we already have plans and platform to ensure aggressive drive for sponsorships for the programmes,” he said.

Earlier, Sina Philips, the President, Matchmakers International Ltd, organisers of the Nigerian Pitch Awards, however, noted that non participation of the Super Eagles in the ongoing World Cup would not diminish the standards of the awards.

“The Nigerian Pitch Awards is not about the Super Eagles, it is about Nigerian football, so, their non appearance at the World Cup is not a factor.

“We want to celebrate everyone who has contributed his or her own quota to the development of football in Nigeria, the administrators, corporate organisations, journalists and political office holders and not the Super Eagles alone.

“We want to play a role in rewarding those who have contributed positively to the development of Nigerian football,” he said.

Phillips said that the 9th Pitch Awards would commence with a voting process in December to cap it with the award ceremony proper in March 2023.

“The announcement of nominees will be made by Feb. 21, 2023, while the 9th Awards Ceremony is tentatively scheduled to hold in March 2023,” he said.