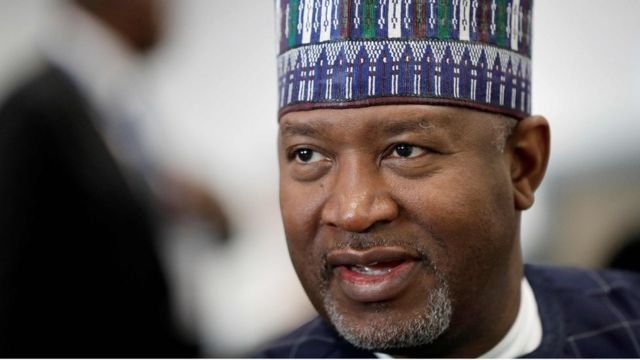 The Minister of Aviation, Sen. Hadi Sirika, has frowned at foreign airlines selling tickets in dollars, warning that government would not take it kindly with those caught engaging in such violation of Nigerian laws.

Sirika gave the warning while fielding questions from State House correspondents at the end of the virtual meeting of the Federal Executive Council (FEC) on Wednesday in Abuja.

The minister revealed that the Nigerian Civil Aviation Authority (NCAA) had been instructed to swing into action by protecting the interest of Nigerians against reported airlines’ operations malpractices.

He warned that no violator, no matter how highly placed, would be spared if caught in the act.

According to him, findings at government’s disposal have indicated that some of the airlines are refusing naira and charging their ticket fares in dollars in violation of the country’s laws.

He said: ”I want to use this opportunity to say that reports are reaching us that some of the airlines are refusing to sell tickets in naira. That is a violation of our of local laws, they will not be allowed.

”The high and the mighty amongst them will be sanctioned, if they’re caught doing that.

”NCAA had been directed to swing into action and once we find any airline violating this, we will definitely deal with them. Also, they blocked the travel agents from access.

”They also made only the expensive tickets available and so on so forth.

”Our regulators are not sleeping, we have a very vibrant Nigerian Civil Aviation Authority. Once they found any airline guilty, that airline will be dealt with because we need to protect our people.”

The minister further disclosed that the foreign airlines made over 1.1 billion dollars from Nigeria in 2016, when the Buhari’s administration cleared the 600 million dollars it inherited from previous government.

According to him, the government is trying to keep the airlines happy by ensuring that their money does not pile up again, saying that while the country needs their services, the airlines need the Nigerian market.

The minister warned them to refrain from using the social media to press home their demands rather than resorting to the diplomatic channels.

According to him, that government has only spent N651 million (N352 million and N299 million) for what he called transactional advisory services approved by the FEC, but yet to be disbursed as the consultants were yet to finish their work

He said: ”So Nigeria Air is of course, we are going to come very soon to council for approval of the full business case.

”The activity is a Public Private Partnership, which is guided by the ICRC regulations, Infrastructure Concession Regulatory Commission.

“We have diligently followed that. And I want to seize the opportunity to say that we have been reading newspaper reports, especially those that I have maximum respect for like the Guardian, which put out a sensational article on the front page.

”That the Federal Government of Nigeria has spent N14 billion on national carrier and they did nothing – this is absurd.”