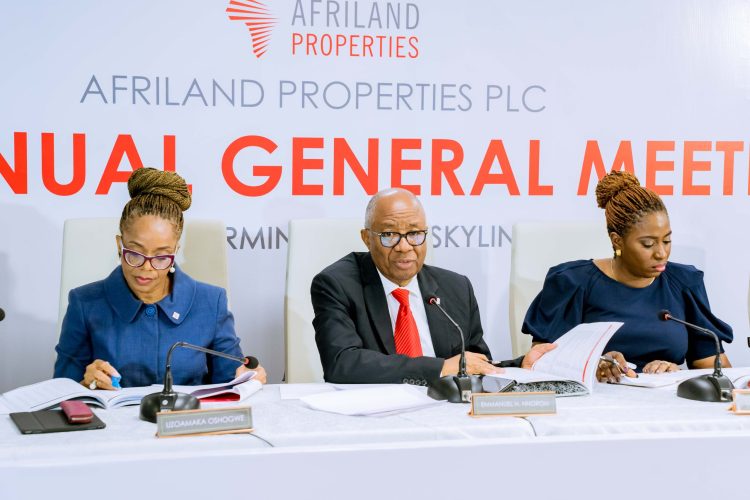 Afriland Properties Plc has restated its commitment to bridging the country’s housing deficit as its shareholders endorsed a total dividend of N137.39 million for the financial year ended Dec. 31, 2021.

The News Agency of Nigeria (NAN) reports that the shareholders gave the approval at the company’s ninth Annual General Meeting (AGM) on Thursday in Lagos.

The dividend translates to 10k per ordinary share when compared to 5k per share (N68.69 million) paid by the company in the comparative period of 2020.

Chairman of Afriland Properties, Mr Emmanuel Nnorom, assured the shareholders that the company would remain committed to delivering enhanced return on their investments.

Nnorom said the company commenced and completed 22 projects during the period under review.

“Thirty one other projects are at various stages of completion across different locations in the country.

“The company’s revenue rose by eight per cent to N1.99 billion compared with N1.85 billion achieved in the preceding year.

“In spite of the challenging business environment, the company recorded strong operating performance in revenue and profit,” he said.

Mrs Uzoamaka Oshogwe, the company’s Managing Director, said the company had been positioned to take advantage of government’s policy direction to enhance its market share.

She said the company would continue to embrace opportunities in the industry to fill the housing gap.

Oshogwe said the company remained committed to the provision of affordable homes to Nigerians and would work with the government to achieve it.

She stated that the company was positioned to take advantage of government’s policy direction and optimise future rental income from proprietary properties to maximise shareholders wealth.

“We will continue to explore the possibility of partnering reputable organisations and government to optimise our property portfolio to deliver superior value to shareholders.

“State and federal governments own land, they should give us some of the land so that we can build, taking away the cost of land from the total cost of development.

“We are already bringing down the cost of actually buying these properties from the lower cadre and we are hoping that the government is listening and some states are already doing that.

“We need to have access to cheap funding because real estate is a capital intensive project,” she said.

Nwosu urged the company to embrace strategies that would help in meeting the housing gap, especially for the middle-class.

Bakare enjoined the company to employ modalities that would ensure enhanced returns in the years ahead.