The ministers, who spoke on the backdrop of the COVID-19 crisis, said Africa should realise the importance of investing in strong health systems and pharmaceutical companies that could produce medicines locally. 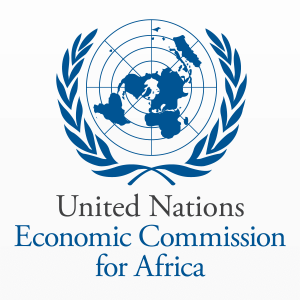 The African ministers of finance have said that health reforms are key to Africa’s economic recovery.

This is contained in a statement from the Communications Department of the United Nations Economic Commission for Africa (UNECA) on Friday.

The ministers said this during a roundtable on “the Future of Health and Economic Resiliency” at the just-concluded ECA Conference of Ministers (CoM2022) in Dakar, Senegal.

The ministers, who spoke on the backdrop of the COVID-19 crisis, said Africa should realise the importance of investing in strong health systems and pharmaceutical companies that could produce medicines locally.

Lotfi Benbahmed, the Algerian Minister of Pharmaceutical Industry, said his country had put in place health regulations to ensure that all drugs are produced locally.

“We are advocating buying medicines produced in Africa and when there is a health crisis, we can have easy access to drugs.

“We have made great strides, now three out of four drugs are manufactured locally and this is generating revenue and prevents losing local health expertise that tends to work abroad for lack of employment opportunities.”

The Ugandan Minister of State for Finance and Planning, Amos Lugoolobi, said the under-privileged populations should have access to proper health systems.

“Africa has a young population that we can turn into riches, but this also means since the population is young, we must invest into a significant young rate of human capital in education and health.

“In Uganda, the biggest government budget is human capital. This leads to challenges such as malaria which we need to come together to eradicate.

“Africa needs to invest more on prevention, which will help Africa. We need to put in place the right fiscal strategy in tax collection and monitoring to generate resources.”

Amadiou Dialllo of Africa Solidarity Fund, spoke about funding of health project in Africa and the link between health and economic growth.

“Up to US$ 66 billion is needed for health funding in Africa. We need to catalyse private funds to ensure that our countries have ownership of private and public health enterprises.

“These efforts should be part of economic growth and health creation.”

The UN perspective was given by the Joint United Nations Programme on HIV/AIDS (UNAIDS) Executive Director, Winnie Byanyima.

Byanyima informed the meeting of the Abuja declaration which promised to put 20 per cent of their budget in health and improve health facilities, 20 years ago.

However, little progress had been made and the crisis had forced the continent to face reality.

The impact of lack of action was the poor segment of the population who were forced to pay for health care.

The event concluded with a call for youth employment in the health sector.

Achaleke Leke, the Executive Director for Local Youth Corner in Cameroon, said the youth should be the answer to Africa’s rising need for innovative health solutions.

The session was a panel of eight, including ministers of health, pharmaceutical experts, the UNAIDS and Youth entrepreneurs, who discussed post-COVID-19 health strategies.

It further shared best practices from countries that are already implementing tangible health reforms and changing the economic spectrum of their respective countries.