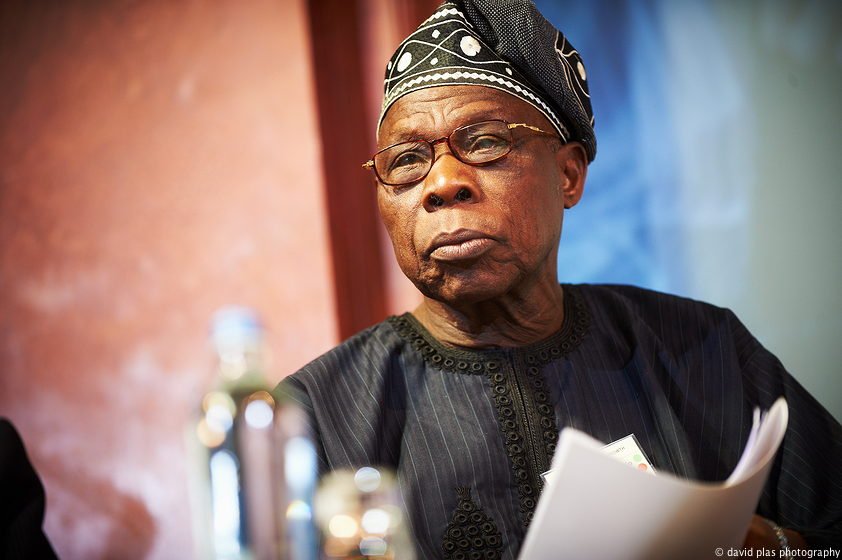 In the midst of a global oil-and-gas crisis, Africa must take charge of its own energy destiny, and use its rich resource assets for the benefit of its own people.

This is the call from former Nigerian president Olusegun Obasanjo. His comments come as the world scrambles to find new sources (https://cnb.cx/3QiJetN) of oil and gas to meet its energy needs following Russia’s invasion of Ukraine.

In this context, Obasanjo says African countries cannot be beholden to the unrealistic ideals of the Global North for an exclusively renewables-driven economy. He says this is particularly true when the developed world is itself accepting the need for hydrocarbons.

“Like the rest of the world, Africa must follow energy policies that promote socio-economic development and sustainable hydrocarbon use,” he says.

“Africa is the lowest producer of greenhouse-gas emissions and needs to lift nearly half-a-billion citizens out of poverty,” says Obasanjo. “Responsible management of our hydrocarbons and investment in our economies is necessary to ensure a just energy transition and sustainable growth for our people.”

The European Union has said it intends to cut Russian-supplied oil (https://cnn.it/3SH55gf) by up to 90% by the end of 2022, and the announcement has already caused global energy costs to soar.

Africa is one of the potential new sources of energy to replace this supply, with an estimated 61 billion BOE (barrel oil equivalent) (https://bit.ly/3JOEuJW) being discovered in the region over the past 10 years.

Obasanjo’s call for Africa to assert its energy sovereignty comes ahead of the Africa Oil Week (AOW) (www.Africa-OilWeek.com/home) conference in South Africa, where energy companies, investors and governments will meet to negotiate deals that will shape the continent’s future.

The African Petroleum Producers’ Organization (APPO) (https://bit.ly/3QCrCJm) has also called on member countries and other global institutions to use petroleum as a catalyst for energy security, sustainable development and economic diversification in Africa through collaboration and partnerships.

Both Obasanjo and APPO have called for accelerated dialogue on the sustainable development of hydrocarbons, and the role of Africa as a supplier of global energy needs.

“There has been much talk at forums such as the World Economic Forum in Davos (https://bit.ly/3doX0N5) about a just energy transition,” says Obasanjo. “However, we must not allow Africa to be dictated to. “The discussions at AOW (www.Africa-OilWeek.com/home) will be pivotal in charting a new energy course for Africa. We will decide what is best for us.”

Paul Sinclair, VP of Energy and Director of Government Relations for AOW, says Africa is committed to a just and equitable transition to renewables.

“Critics make the mistake of thinking that Africa has abandoned renewable energy strategies. That is not the case,” says Sinclair. “The energy transition is exactly that, a transition that is part of Africa’s goal to reach net zero. However, oil and gas are required for the foreseeable future.”

Sinclair says Obasanjo’s comments must be seen against the socio-economic challenges many African economies face.

Obasanjo has been a major leader of Africa’s post-colonial period, having overseen Nigeria’s transition to representative democracy. Since his move out of the government sphere, he has been a senior statesman, active in defining geopolitical issues – including energy.

“Creating an African oil industry that benefits Africa’s people needs strong policy and regulation,” says Obasanjo. “During my time in government, we launched oil-and-gas policy reforms that helped to build a modern oil and gas hub. There were many learnings that we can apply across the wider region. I look forward to discussing these opportunities for Africa.”

Africa continent remains one of the most under-explored places on earth for oil and gas deposits. Yet, the ongoing discovery of new energy resources (https://bit.ly/3SG9HTU) suggest the continent holds great value beneath its surface.

According to the United Nations (https://bit.ly/3BZmWZU), an estimated half-a-billion Africans live below the poverty line, while at the same time Africa is only responsible for 3.8% (https://bit.ly/3dkjajt) of global CO2 emissions.

Many African countries argue they must be allowed to tap into their natural resources through low-carbon management strategies while developing renewable energy sources at the same time. This will require countries to develop an energy mix suitable for growth and progress.