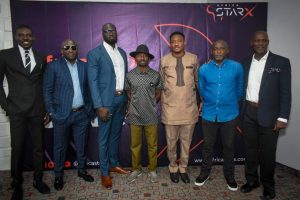 The News Agency of Nigeria (NAN) reports that Benjamin Peters, Chief Executive Officer of Africa StarX, unveiled the show at a press briefing on Wednesday.

Peters said that the reality show would be a fusion of sports, lifestyle and entertainment, focusing on basketball in its first season.

He said that the show would be a blessing to many youths in Nigeria, adding that the portal for the upcoming reality show was now open to the public and would be fun filled.

“It is with joy and delight that we open the portal for submission of entries for the first edition of the Africa StarX, where professionals and the general public will be determining that next big basketball star.

“The project has been designed as a platform to give opportunities to talented sportsmen to showcase their talents.

“Through this platform the interested youths will be able to get to the zenith of their careers through management and endorsement deals that we would be providing for the eventual winner,” he said.

The project coordinator and lead, Henry Omotayo disclosed that for the maiden season of the reality show, participants with interest in basketball would only be accommodated.

“Only those with interests in basketball, across the country, will be picked through entry submission on the website between Aug. 31 and Sept. 30.

“After this, a team of coaches will select the last 25 both male and female, that will enter the house to participate in the show.

“The 25 participants are expected to bond and engage in different challenging activities for a duration of 30 days while slugging it out as a team and later as individuals to win the reality show,” he said.

Omotayo noted that the Africa StarX was established as a humanitarian project to which would the see participants visiting charity organisations to donate, engage in community services and also contribute their quota to humanity.

“The auditioning for the reality show will be after the interested applicants must have registered at our website www.africastarx.com,” he said.

The VP of Nigeria Basketball Federation (NBBF), Babs Ogunade, lauded the organisers for the initiative.

“It is a wonderful development that will further contribute to the growth of sport and basketball in Nigeria,” he said.

The best team gets a cash reward of N10 million while N2.5 million, management deal and contract for international tryouts, goes to the Most Valuable Player (MVP), and one participant will also get a college scholarship.

NSF: How I overcame serious malaria  to win gold — Bello

World Cup 2022: Eto’o gets into a fight outside stadium in Qatar

Pele being treated for COVID-19 along with cancer – Daughter