AFREXIM, NACC advise Nigeria to do more to benefit from AfCFTA

Mr Mike Ogbalu, Chief Executive Officer, Pan-African Payment and Settlement System (PAPSS), said there was a need for Nigeria to utilise the efficient payment system to facilitate Intra-African trade. Ogbalu said that PAPSS, a product of AFREXIM, was one of the key supporting pillars of AfCFTA, a platform that facilitated instant cross-border payments in local African currencies. He said the platform if utilised would save African traders about 5 billion dollars annually in currency convertibility. 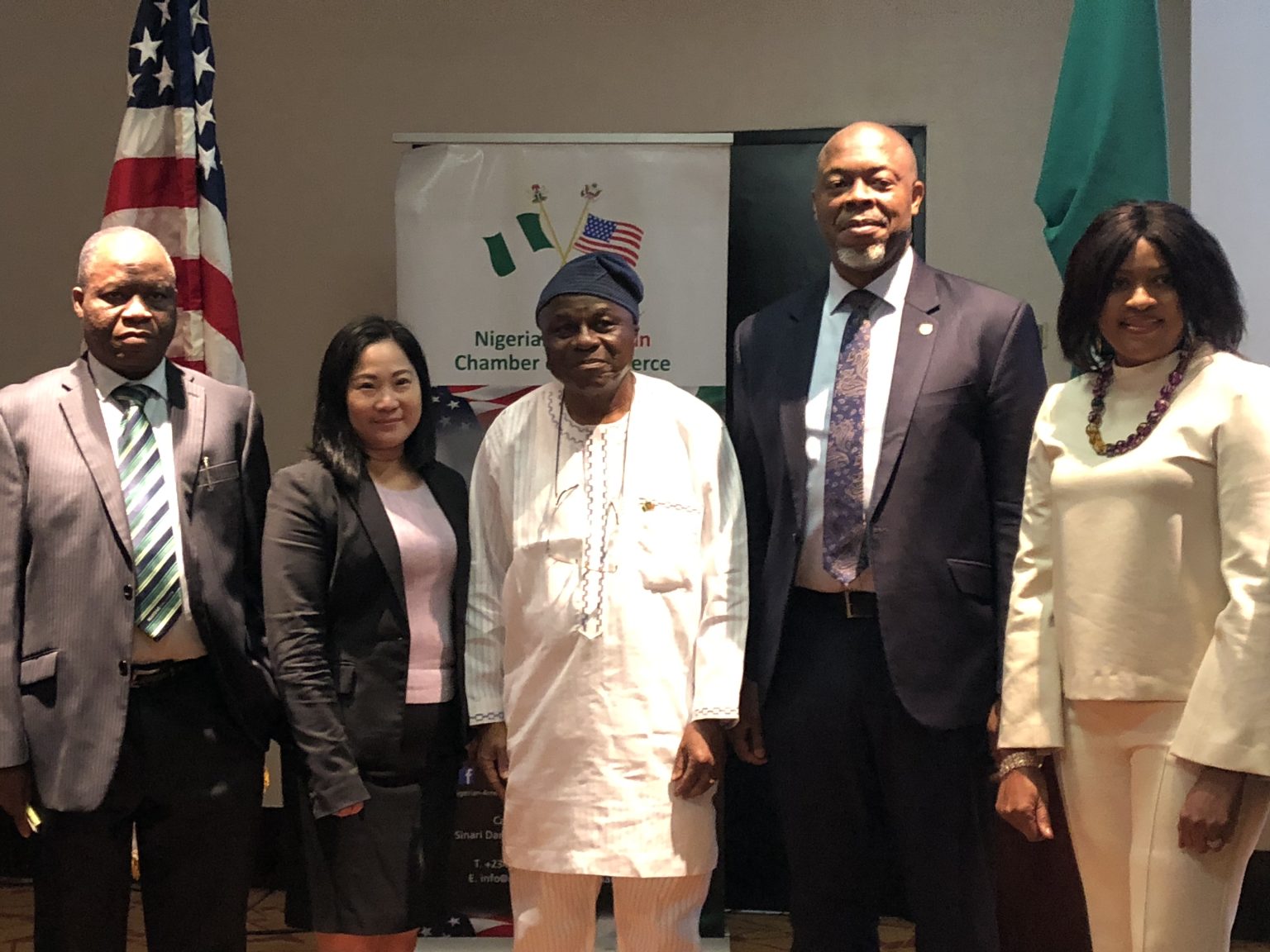 The experts gave the advice on Tuesday during a Breakfast Meeting organised by the Nigerian-American Chamber of Commerce (NACC) in Lagos.

The meeting had the theme: “One Year of AfCFTA: Opportunities, Challenges and the Nigerian-American Partnership”.

They said the call became pertinent following observations that the country was not harnessing the benefits of the AfCFTA due to structural and trade-related issues such as inadequate payment system integration, logistics and trust.

Ogbalu said that PAPSS, a product of AFREXIM, was one of the key supporting pillars of AfCFTA, a platform that facilitated instant cross-border payments in local African currencies.

He said the platform if utilised would save African traders about 5 billion dollars annually in currency convertibility.

“Intra-African trade is about 15 to 18 percent which is by far the lowest intra-continental trade globally.

Most cross-border payment transactions originating from African banks are cleared outside the continent with less than 20 per cent of the total payment flows being cleared in Africa.

“We need to solve these challenges to grow trade in the continent,” he said.

He added that other pillars supporting AfCFTA include Trade Finance Facility to support Small and Medium Enterprises and; African Trade Gateway, a digital platform that provides information on rules, payment transfer, markets and trends.

Another pillar, he said, was the AfCFTA Adjustment Policy aimed at cushioning the fiscal effects of tariff loss.

Naira drops further, exchanges at N420.50 to the Dollar

Also, Mr John Isemede, former Director-General, Nigerian Association of Chamber of Commerce and Industries, Mines and Agriculture (NACCIMA) charged the Federal Government to be more fully prepared to participate in the AfCFTA.

He decried the situation where Nigeria which was supposed to be at the forefront lacked adequate structure, coordination and communication needed to implement and take advantage of AfCFTA.

Isemede called on the government to have regular dialogue with the organised private sector to share templates and collaborate on the right structures to enhance Nigeria’s trade performance.

Mr Abubakar Bello, Managing Director, Nigerian Export-Import Bank (NEXIM) said the bank through its products and services would continue to support exports and drive the implementation of AfCFTA.

He said the bank’s mission was to promote export diversification through the provision of finance, risk-bearing and advisory services in line with government trade policies and best practices.

“NEXIM Bank was established with the mandate of driving all non-oil exports sector by stimulating business engagement and transactions in the manufacturing, agricultural, solid minerals and services sector of the Nigerian economy.

“It was also established to support all home-grown non-oil businesses, creating employment for Nigerian citizens, strengthening trade collaborations from the national to international levels and generating foreign exchange for the economy.

“Our products and services such as syndicated financing and risk-bearing facilities can be the bedrock of leveraging AfCFTA for Nigerian businesses while impacting the rest of Africa,” he said.

Bello expressed the willingness of the bank to forge partnerships with NACC to facilitate export expansion from the Nigerian market to the United States of America.

Adebola-Williams who was represented by Mr Thomas Tunbosun, Deputy National President said Nigeria had largely underperformed and was yet to take advantage of various opportunities such as the African Growth and Opportunities Act (AGOA).

“We will, therefore, continue to broker healthy interactive discussions with relevant facilitative government and private agencies that are capable of providing useful information that may help our members who are already into exports,” she said.

NGX indices down 0.58% as week opens with negative trend

Naira drops further, exchanges at N420.50 to the Dollar