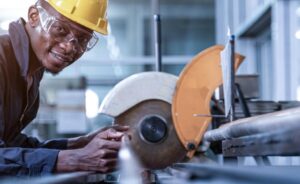 In a statement issued by the Communications Section Economic Commission for Africa (ECA) on Tuesday, the experts spoke at a panel discussion on “Industrialising Africa: Renewed commitment to inclusive and sustainable growth”.

The discussion was part of events to mark the Africa Industrialisation Week 2022.

It was hosted by the International Growth Centre and the Firoz Lalji Institute for Africa at the London School of Economics and Political Science.

The experts said that Africa could leverage the AfCFTA to drive its industrialisation and economic transformation by implementing the right trade measures.

The summit was hosted by the Republic of Niger from Nov. 20 to Nov. 25.

“There is consensus that one of the key reasons we have the AfCFTA was basically to foster industrialization and transformation of the continent. The questions is how do we do that,” Karingi said.

He said while African countries had committed to tariff reduction and removing non-tariff barriers to boost inter-African trade, AfCFTA sought to exploit the comparative advantages in the different African economies.

“There is a question of how do you have regional value chains that allow you to get intermediate inputs from other African countries considering that today a lot of the raw materials that are being used in most of the global value chains are normally coming from the continent,” Karingi said.

“The African consumer is as demanding as any other consumer outside Africa and so it is important for African consumers to be able to demand and buy what is produced under the industrialisation agenda of the continent.”

Moreover, the director said the AfCFTA was an opportunity to trade in services.

However, Prof. Olawale Ogunkola, Professor of Economics, Department of Economics at the University of Ibadan, Nigeria said industrialisation was still low in Africa by all indicators.

“We moved to export strategies but we are yet to take off in terms of increasing manufacturing value addition not only for our benefit but to address some of the basic things we think will help us in terms of development.

“For some countries economic zones are like military zones, keep off. They are so disconnected from the domestic economy.”

Ogunkola called for special economic zones to be connected to the economies of host countries in terms of sourcing of inputs and skills training.

He added that an integrated kind of approach and policy coherence were key in making special economic zones relevant.

Acyl said the opportunities should include women who make up half of the population on the continent.

“If we are serious about our development we cannot operate at half of our capacity.

“We need to include women all over and we need to empower them; policy makers need to be deliberate and intentional with regard to complementary policies in higher education with emphasis on STEM,” she said.

According to the statement, the AfCFTA, which entered into force in May 2019, is the world’s largest free trade area and a single market for goods and services of almost 1.3 billion people across 55 countries in Africa.

The trade area aims to reduce tariffs among members and covers policy areas such as trade facilitation and services, sanitary standards and technical barriers to trade.