“The suspects were coming from Port Harcourt with the products. Illegal product portend dangers to the society; ranging from explosion and damage of generating plants and other machines,” he said. 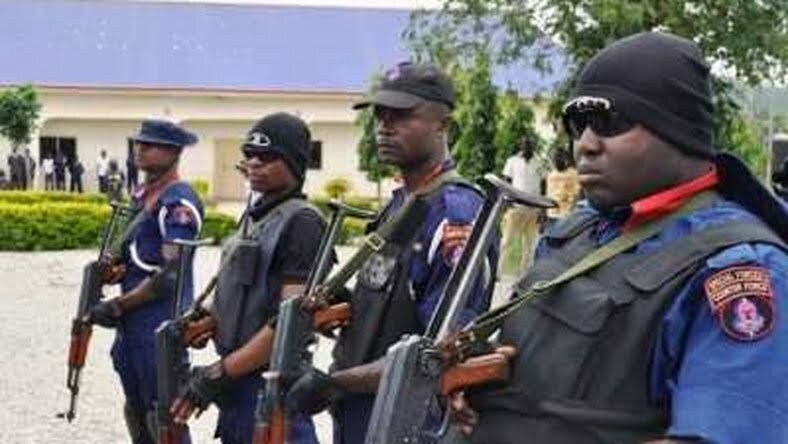 The Nigeria Security and Civil Defence Corps (NSCDC) in Cross River has paraded three suspects conveying 6,000 litres of illegally refined diesel and kerosene into the state concealed in sack bags.

The Command also seized two trucks conveying 20,000 litres and 45,000 litres respectively, although the drivers of the trucks escaped on sighting officials of the NSCDC.

The Commandant of the NSCDC in Cross River, Mr Samuel Fadeyi, who paraded the suspects on Wednesday in Calabar at the NSCDC exhibit yard, said they were arrested on Oct. 25, 2021, along the Calabar-Odukpani highway.

He disclosed that the three suspects wrapped the illegal products in sack bags and arranged them orderly in form of cement bags inside the truck. They tried to deceive security agencies that they were conveying cement.

“The suspects were coming from Port Harcourt with the products. Illegal products portend dangers to the society; ranging from explosion and damage of generating plants and other machines,” he said.

He noted that the illegal refineries cannot meet up with the standard of the legal ones, hence the Command is very alert in curbing such illegal activities to prevent damages that may arise from explosions when the product is used.

He frowned at the situation where some group of persons were trying to make profit from the illegal products at the detriment of the safety of the general public.

He told the News Agency of Nigeria (NAN) that the investigation is still ongoing, adding that the suspects will be prosecuted accordingly.

The Commandant urged members of the public to always avail them with useful and timely information that would enable them to serve the public better.

He commended the Commandant General of the NSCDC, Dr Abubakar Audi, for equipping men of the command with the requisite training and tools they need for better service delivery.

Responding, one of the suspects, Nura Mohammed, told NAN that they bought the product from oil dealers in Port Harcourt before embarking on their journey.

“This is my first time in this business, I bought the product from some oil dealers in Port Harcourt with the aim of bringing it to sell in Calabar and make some profit, but unfortunately, I found myself in NSCDC net,” he lamented.

Too many Nigerians very unsatisfied with electricity situation – Minister of Power