AfDB said that since the creation of the fund in 1972, it had been an important source of concessionary resources and technical support to low-income African countries. 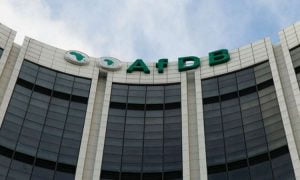 The Bank in a brochure titled ‘50 Voices, 50 Stories: Celebrating the impact of the African Development Fund over five decades, said this on its website on Tuesday.

AfDB said that since the creation of the fund in 1972, it had been an important source of concessionary resources and technical support to low-income African countries.

The Bank said the fund had in the past five years, helped to connect 15.5 million people to electricity, supported 74 million Africans with improved agriculture and food security.

“Fifty years ago, the ADF was founded on one fundamental principle.

“It is to promote economic and social development in the lives of people in low-income and fragile African countries.

“Today, the fund remains a staunch partner of these countries, touching the lives of millions of people across the continent.

“A people-first approach remains at the core of the fund’s priorities.

“As it celebrates its 50th anniversary this year, the AfDB Group is launching 50 Voices, 50 Stories: a series which highlights the fund’s life-changing impact in 37 beneficiary countries,’’ the Bank said.

AfDB said that the fund supported its benefitting countries through the 2008 and 2009 global financial crisis and the 2014 Ebola outbreak in West Africa.

It said the fund’s support came to the countries during frequent and intense droughts, floods and other natural disasters.

It noted that during the COVID-19 pandemic, the fund demonstrated its ability to respond rapidly, reprioritising its operations and targeted programmes to mitigate impacts of the pandemic through the COVID-19 Response Facility.

The Bank said the fund was investing in building up a deep understanding of the drivers of conflict and fragility across Africa to address the root causes of poverty and conflicts.

AfDB in the brochure assured benefitting countries that the fund would continue to play a fundamental role in their lives.

“As the beneficiary countries continue to bear the brunt of the most devastating impacts of COVID-19, rising debt, climate change, and more recently the prospect of a food crisis triggered by the conflict in Ukraine, the fund will continue to play a fundamental role in the lives of people in these countries”.

The ADF is the concessional window of the AfDB Group, established in 1972 but became operational in 1974.