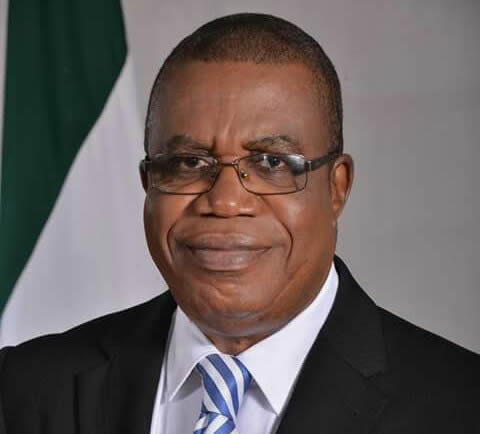 Prof. Ivara Esu, the Deputy Governor of Cross River, says the Accelerated Agricultural Development Scheme (AADS) is a loan and not a political largess.

Esu told beneficiaries on Tuesday in Clabar at the inauguration of the scheme and training of beneficiaries in the poultry value chain in the state.

The News Agency of Nigeria (NAN) reports that AADS is an initiative to address food insecurity and youth unemployment challenges in Nigeria.

The scheme, introduced by the Central Bank of Nigeria, (CBN) was aimed at engaging 370,000 youths in agricultural production, in collaboration with state governments.

Represented by Mr Timothy Akwaji, Cross River’s Head of Service, the deputy governor said although the beneficiaries would be given money, it was meant for the running of the poultry farm until the birds were matured and were off-taken by the state government.

He said if the beneficiaries invested positively, they would make profit and as they paid back the loans, others would benefit.

“The scheme may not be able to reach out to everybody at once but if they reach out to you today, try and pay back so others would benefit to make Cross River an agricultural value chain hub in the nation.

“Before now, Cross River was known as a civil service state but with the inception of the present administration, it decided to develop agriculture where the state has a comparative advantage,’’ he said.

Also speaking, Dr Aniefiok Umoren, the Zonal Coordinator, South-South Development Finance Activities of the CBN said they were happy to partner with Cross River in the AADS.

Umoren maintained that the role of the CBN was to provide access to funding of critical sectors such as agriculture, manufacturing and others to enhance the economy of the nation.

He said the bank was not comfortable with the rate of unemployment of youths in the country and were trying their best to change the narrative.

“Nigeria’s population is increasing at three per cent per annum but agriculture is not growing at the same pace, so the purpose of AADS is not only to boost agricultural production but to also increase youth employment.

“I appeal that when you get the loan, use it wisely and try and pay up because your Bank Verification Number (BVN) has been taken to ensure that the loans are repaid,’’ he said.

In his remarks, Mr Jacob Udida, the chairman of AADS in the state said, “whether you are an unemployed youth or civil servant, you are welcome to join the scheme as long as you meet the requirements.’’

According to Udida, for you to qualify, you are expected to open an account with Fidelity Bank and own a poultry farm that could accommodate at least 1,000 birds.

“We want to ensure that we feed the Cross River Chicken Processing Plant (Calachika) that would be the off-taker and also make our youths productive,’’ he said

A beneficiary at the training, Mr Philip Adim who spoke to NAN described the initiative as laudable but expressed worry if the project would be sustained.