Sixty players, comprising of 30 males and 30 females, including six coaches have arrived camp in Abuja on Monday ahead of the 2022 Hockey Africa Cup of Nations. 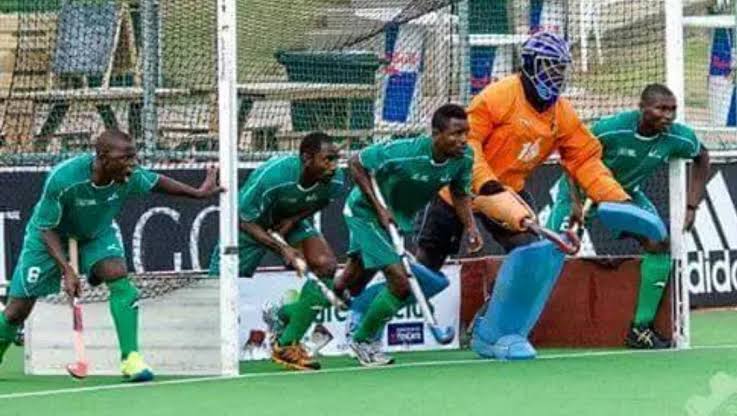 A total of 60 players are currently in camp and expected to undergo screening ahead of the Hockey Africa Cup of Nations scheduled for Accra, Ghana in January 2022.

Rita Mosindi, the Secretary General of the Nigeria Hockey Federation (NHF) who spoke to the News Agency of Nigeria (NAN) on Tuesday said that the players arrived camp in Abuja on Monday.

Mosindi explained that the screening camp was meant to select the best 36 players who would undergo intense training and preparations for the tournament in Ghana.

“A total of 60 players, comprising of 30 males and 30 females, including six coaches have arrived camp in Abuja on Monday ahead of the 2022 Hockey Africa Cup of Nations.

“The players were selected through a rigorous process based on their performances at the National Sports Festival, the Hockey Super League, League One as well as the Africa Cup for Club championships (ACCC).

“The one-month screening camp which begins on Tuesday (today) is expected to end on Jan. 12, 2022.

“At the end of the camp, only 36 players; comprising 18 males and 18 females will be selected to  represent Nigeria at the Africa Cup of Nations in Accra, Ghana,” she said.

The News Agency of Nigeria (NAN) reports that Delta Queens won silver at the ACCC in Accra, Ghana, while Kada Stars took bronze, repeating their 2019 feat.

In February 2021, it was announced that the tournament would be held alongside the women’s tournament which will be its eighth edition at the Theodosia Okoh Hockey Stadium in Accra, Ghana from Jan. 17 to Jan. 23, 2022.

The first edition hosted by Egypt in 1974 saw Ghana emerge as inaugural champions, which remains their only title till date.

South Africa are the seven-time defending Champions of both the men and women events, winning the previous six editions consecutively, including the last held in 2017 at the Suez Canal Authority Hockey Stadium in Egypt.

No fewer than nine African countries are taking part in the 2021 edition of both the male and female events in Ghana.