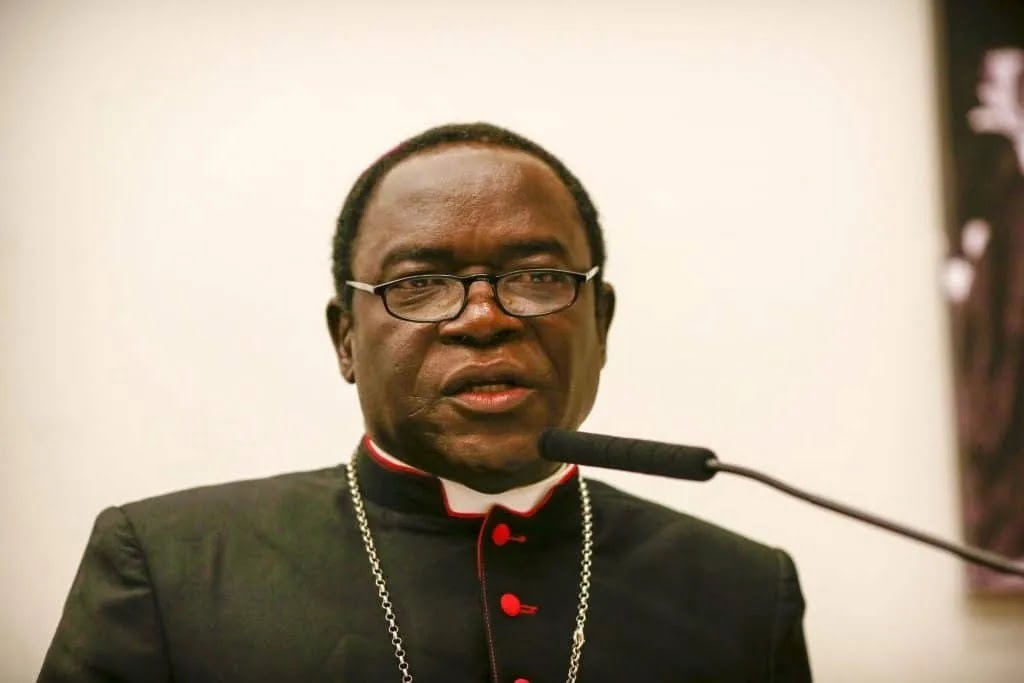 Bishop Matthew Kukah of the Catholic Diocese of Sokoto, says Nigerians want leaders that can be trusted.

He made this known at an event organised by the National Institute for Legislative and Democratic Studies (NILDS) in collaboration with the Kukah Centre.

The News Agency of Nigeria (NAN) reports that the event has as its theme, “High-Level Forum on Political Communication and Issue-based Campaign in the 2023 General Elections”.

In his remarks as one of the panelists, Kukah who is also the Convener of National Peace Committee, said that Nigerians were looking for a country with leaders they could believe in.

While noting that campaigns were usually characterised by slogans, he called on Nigerians not to elect leaders based on sentiments.

“As citizens, we need to get a sense that beyond talking to us about corruption, we need leaders that will ‘walk the talk’. This is because the corruption mantra is no longer working and it is not going to work.

He further said that: “the greatest challenge for us in Nigeria is that our identity politics has not been well managed.

“And politics remains the most viable ingredient in managing diversity. Had we developed the skills to manage diversity effectively, the challenges confronting the country would have been tackled,” he said.

The bishop further said that Nigerians should not be having a conversation on Christian-Christian or Muslim-Muslim candidacy “because we are sounding as if the people that are contesting are from another planet”.

He further said that for the country to get out of its political challenge, it was the responsibility of those who govern to deal with it frontally.

Also, former Chairman, Independent National Electoral Commission (INEC) Prof. Attahiru Jega, said that in the past 22 years of the fourth republic, one major achievement in the country was the avoidance of democratic reversal.

“So every four years we had a cycle of election but when we look at the substance of governance it has increasingly been on a trajectory of bad governance and virtually all socio- economic indices point to that in terms of the fundamental needs of people.

“Our politicians, the way they plan their campaign and the way they govern when they get into power has been leading this country away from that need of satisfying the needs and aspiration of the people.”

Jega, however, said that Nigerian citizens had fundamental roles to begin to examine the role that they ought to be playing in the electoral process so that they would not just elect people but also choose the right kind of people.

This, he said, was necessary so that the governance process would be improved upon to satisfy the needs and aspirations of the citizens.