The royal fathers pledged the commitment in Lagos in a communique issued at the end of a parley organised by the Lagos APC chairman-elect Cornelius Ojelabi. 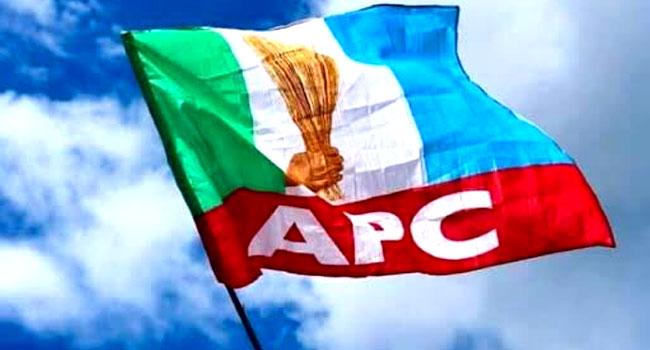 Traditional leaders from Badagry have pledged support for the All Progressives Congress (APC) ahead of the 2023 general elections.

The royal fathers pledged the commitment in Lagos in a communique issued at the end of a parley organised by the Lagos APC chairman-elect Cornelius Ojelabi.

“The entire kingdoms in Badagry division recognise and appreciate the goodness in the choice of our son, Hon. Cornelius Ojelabi, as the chairman of APC in Lagos state. We resolved that we are strongly behind the All Progressives Congress. The entire traditional leaders from the Badagry division pledged our continuous support for the ruling APC,” said the statement. “We are grateful for all the developmental projects ongoing in our division, and we call for more.”

According to the statement, the meeting will hold at least once every year.

“We also agreed that there should be unrestricted communication between Obas and governments,” it added.

In interviews after the meeting, the traditional leaders promised to mobilise support for APC in the 2023 general elections.

Momodu Afolabi-Ashafa, the Onijanikin of Ijanikin Kingdom, told journalists that the meeting availed the royal fathers the opportunity to understand more about the party and the government.

He called on the party to do more for Badagry, saying efforts should be intensified to complete the Lagos-Badagry Expressway, among other projects.

Oladele Kosoko, the Oniworo of Iworo, expressed confidence that Mr Ojelabi’s wealth of experience and traditional leaders’ prayers would make him succeed.

Rabiu Oluwa, the APC Apex Leader in Badagry, and the APC West senatorial leader said, with the choice of Mr Ojelabi, APC would be better.

Adebisi Sosan, ex-Lagos deputy governor, pointed out that the royal fathers had to support the party by ceding the party’s topmost seat to the division.

“This is the party obas must put in everything to cooperate with. No matter the challenges anyone is going through, we need to stand and identify with this party and make this party to be successful,” she said.

“Charity begins at home, I am from Babagry Division, and I think it is important to come and present myself to my people and appreciate their commitment and prayers in the course of attaining this position,” Mr Ojelabi explained. “That particular mandate belongs to them. I am only holding the mandate for them. I am soliciting their support. Badagry Division must invest in APC in terms of votes.”

No fewer than 30 royal fathers attended the occasion.

Women need to support each other for greater women representation – Aisha…