The results mean the Eagles remain top on 12 points and Cape Verde are second on 10 points. 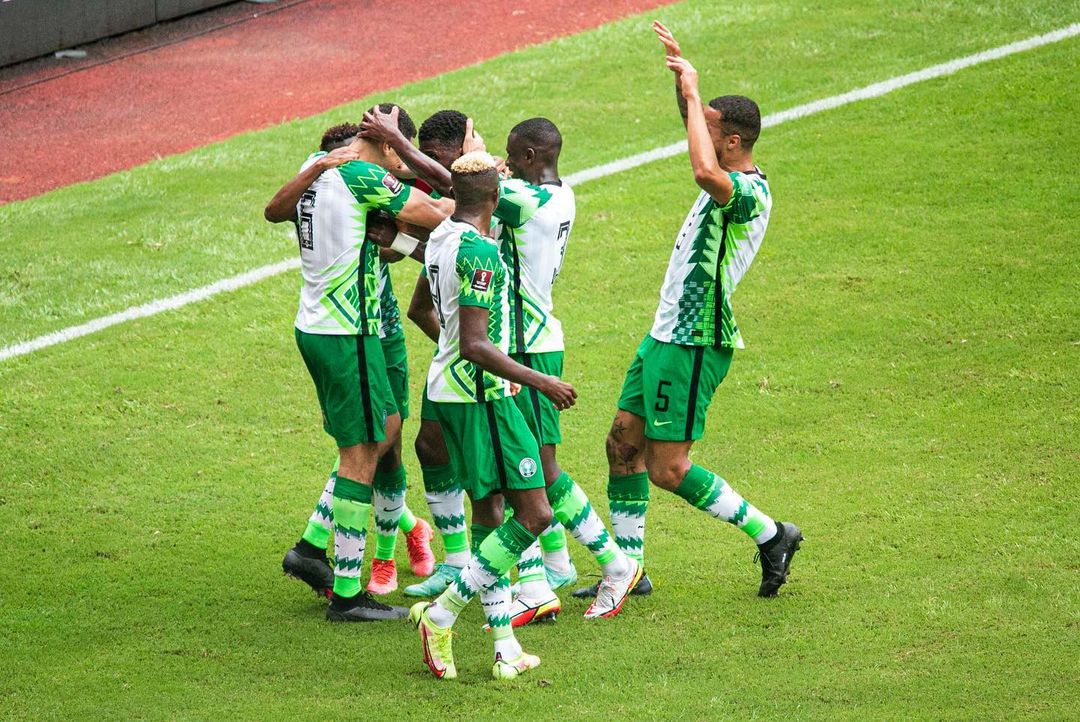 The Super Eagles of Nigeria has defeated Liberia 2-0 in their fifth Group C game of the 2022 FIFA World Cup qualifiers at Grand Stade de Tangier, in Tangier Morocco on Saturday, Complete Sports reports.

Goals from Victor Osimhen and Ahmed Musa, both from the penalty spot, secured the win for the Eagles.

In the group’s other game, Cape Verde came from a goal down to beat Central African Republic 2-1 to stay in contention. CAR took an early lead when Isaac Ngoma scored in the 11th minute and held out for the remainder of the first half. Cape Verde returned stronger after the recess and equalised through Julio Tavares’ 51st-minute goal, while Stopira netted the winner in the 75th minute.

The results mean the Eagles remain top on 12 points and Cape Verde are second on 10 points.

Both Liberia and Central African Republic, on three and four points respectively, are out in the race to advance to the final round of the qualifiers.

The Eagles will host Cape Verde on Tuesday at the Teslim Balogun Stadium in Tuesday and will need just a point to qualify while the visitors will need an outright win.

Qatar 2022: How Super Eagles fought for a draw with Cape Verde to reach playoff

Heartbroken fans who made 31-hour trip to watch Tottenham…