To complete the night were lavish displays of calisthenics and cultural dances by separate troupes such as students of UNILAG staff school, Creative Arts Department and Dance Na The Main Thing contemporary dance group. Simultaneously, a 15-minute fireworks display beautified the Lagos Skyline and transformed the venue into a carnival. 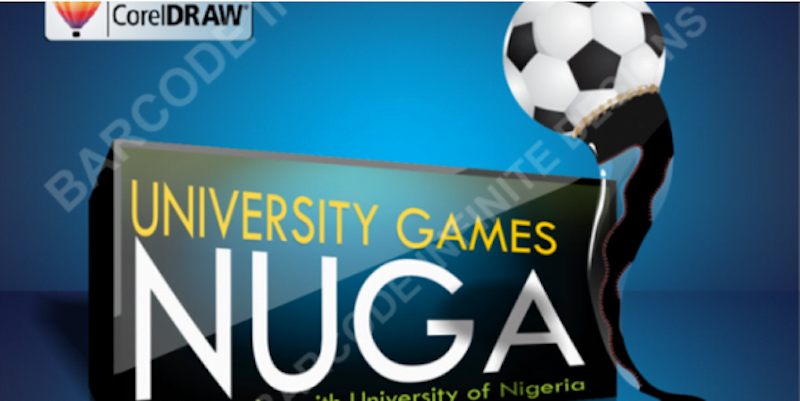 To complete the night were lavish displays of calisthenics and cultural dances by separate troupes such as students of UNILAG staff school, Creative Arts Department and Dance Na The Main Thing contemporary dance group. Simultaneously, a 15-minute fireworks display beautified the Lagos Skyline and transformed the venue into a carnival.

No fewer than 75 private and public institutions from across the country is taking part in the Games.

Meanwhile. two gold medalists who publicly announced their marriage proposal at the just concluded 26th Nigeria University Games (NUGA) at the University of Lagos, have been honoured.

The News Agency of Nigeria (NAN) reports that a student of Ahmadu Bello University Zaria, Sunday Ambule, had on Wednesday, during the games, openly proposed to his love, Sa’adatu Hashime, from the same University.

The Vice-Chancellor of the UNILAG, Prof. Oluwatoyin Ogundipe, made this known on Saturday in his closing remark when he ushered the two love birds on stage to the admiration of the audience.

Speaking during the event, Ogundipe lauded both students for adding extra flavour to the excitement of the 26th NUGA games.

“The icing of this game is the athletes that proposed to one another, the man won gold, also the woman.

“This competition will ever remain fresh in the minds of the two intending couple and I will be happy to be the father of the day whenever they are ready to tie the knot.

“This is the first time we are experiencing something of such, so I praise their courage,” he said.

For Ambule, a student of Social Studies Education at ABU, he proposed to his love because it was a perfect time since they were both athletes competing in the tournament.

“I chose the tournament because I met her through sports, she is an athlete like me. She is adorable and she fully understands me. She has been encouraging me a lot,” he said.

The lady of the moment, Hashime from the same department with Ambule, who could not contain her joy, told NAN that the day was one of her best moments.

NAN reports that University of Port Harcourt won the 26th NUGA with the host, Unilag, in second position and Nile University, Abuja, winning the third position.