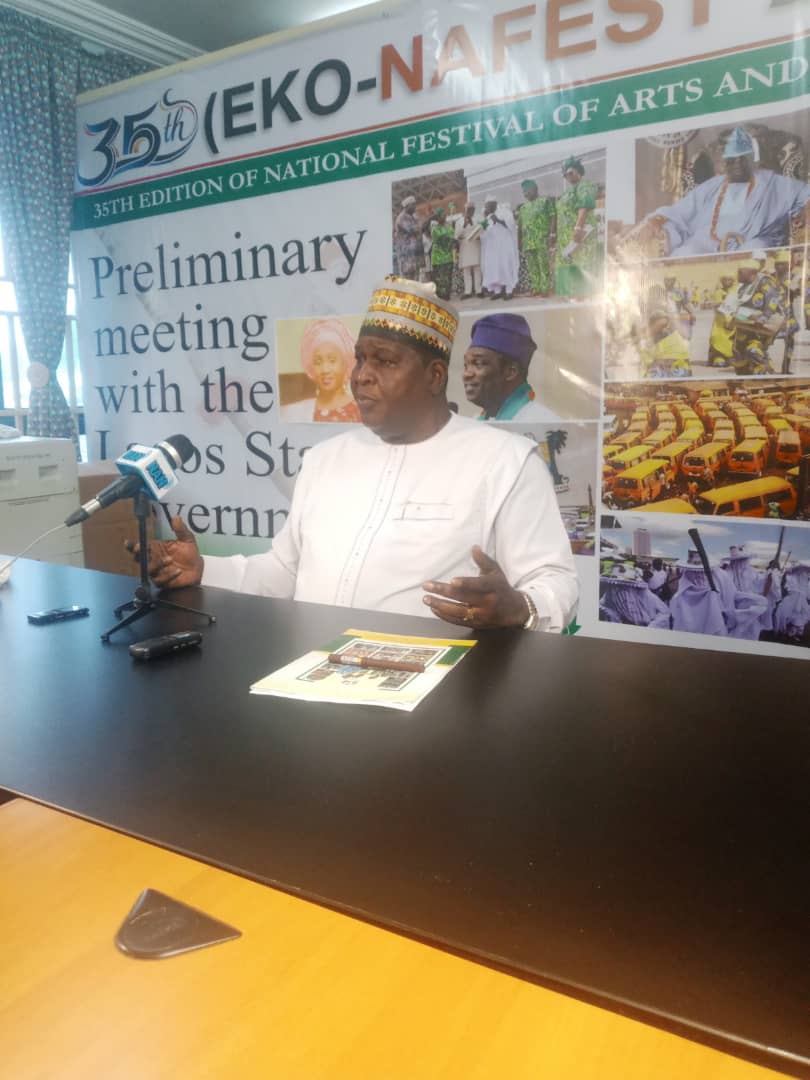 The Director-General of the Council, Otunba Olusegun Runsewe, told the News Agency of Nigeria (NAN) in Abuja that the historic event, tagged “Eko NAFEST 2022”, was scheduled for November.

He said NAFEST was an annual cultural festival that assembled contingents from the 36 states, the Federal Capital Territory (FCT) and the Diaspora.

According to him, the festival highlights the nation’s diverse cultural heritage in arts and crafts among others.

“This is the biggest festival in the history of Nigeria and it goes from one state to the other.

“NAFEST is a platform or brand for uniting Nigerians and that is why we call it the festival that unites the nation.

“We were in Lagos and the state governor is so excited about the festival and he promised to host the best NAFEST ever,” he said.

Runsewe said that the festival had a major role to play, since the country needed a brand that would replace oil.

”The only brand that will replace oil is culture and tourism.

“NAFEST I know will impact on Lagosians, both the citizens, settlers and even visitors,” he said.

The director-general stressed the important role of arts and culture in national cohesion and development.

Runsewe said it was worrisome that Nigerians often discussed things that divided them rather than those that would unite them.

He added that  “it is what causes a lot of differences among us as a people.

“I would like to refer us back to 1970 after the civil war where we said there was no victor no vanquished.

“Our leaders then came together to say we have forgiven each other and that we have to move our country forward.

“The first question they asked was what can be used to re-orientate the people and bring us together, and make us stronger and better.

“They agreed on two brands – arts and sports,” he said.

Runsewe said Lagos was chosen for the event to reflect on the so many things Lagos meant to the country.

He said one of such historic events was FESTAC 77, the first black festival in the history of the world which took place at the National Theatre.

“This was where the great musician, Steve Wonders heard the screaming of human beings and said ‘God, can you open my eyes for one second, let me see this crowd and you take it back’.

“Lagos is also the first  contact of the British, coming to us, when the Queen of England, Alexandria was at Tafawa Balewa Square Lagos.

“In 1914, Lord Lugard lived at Eko House  where the governor is living today,” he said.

Runsewe assured of NCAC’s commitment to champion the cause for promotion of values and national development.