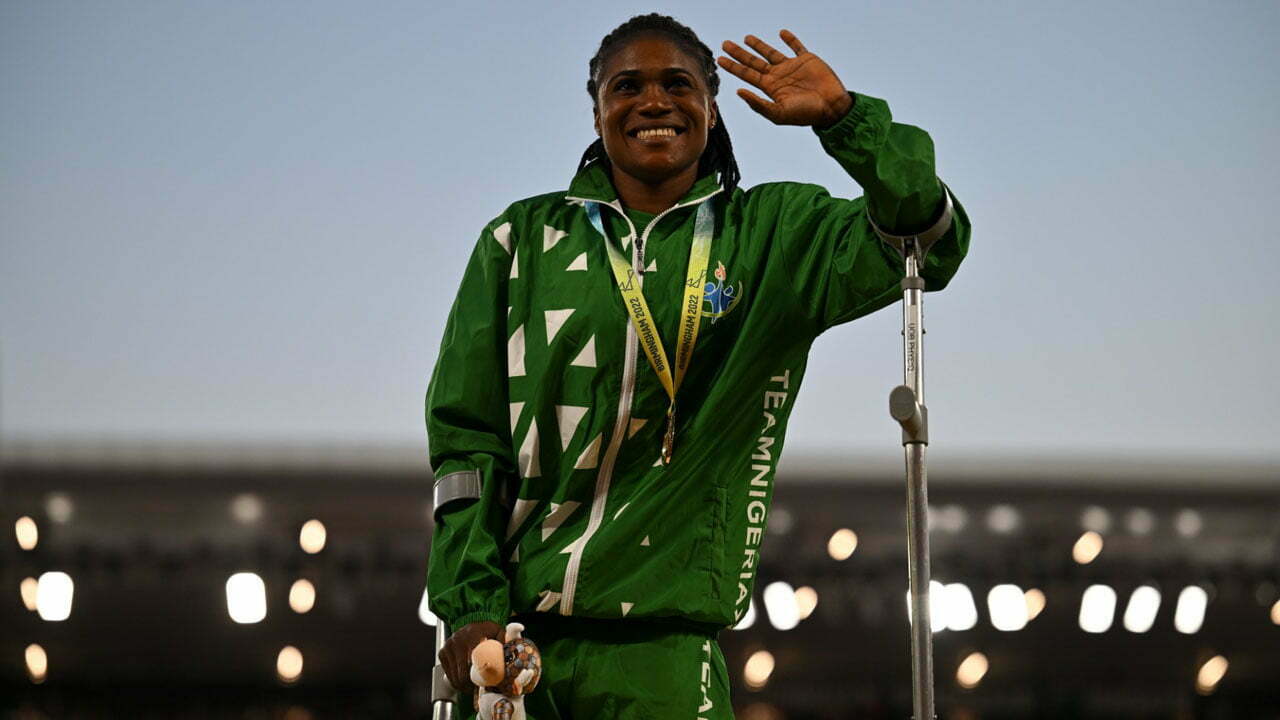 Para-athlete Goodness Nwachukwu set two world records in the women’s F42-44/61-64 Discus Throw on Thursday to win the gold medal at the 2022 Commonwealth Games in Birmingham.

Nwachukwu set the first record with her first attempt, throwing a mark of 34.84 metres.
She improved on this with a 36.56m throw to set another record.
In the women’s heavyweight para-powerlifting event, Folashade Oluwafemiayo broke the world record.
READ ALSO:https://brandpowerng.com/2022-cwg-nigeria-fail-to-make-podium-finish-in-mens-womens-100m/
This was after she recorded a series of 130kg, 150kg and 155kg lifts to score a cumulative 123.4 points and win a gold medal as well.
Compatriot Bose Omolayo got the silver medal in the event with 115.2 points, while Hani Watson of Australia finished on 98.5 points.
This took Nigeria’s medals tally at the Games which comes to an end on Monday to 13, with five of them gold, three silver and five bronze.
(NAN)
Sign in
Welcome! Log into your account
Forgot your password? Get help
Password recovery
Recover your password
A password will be e-mailed to you.