It said that the accident occurred at 4.30 p.m., involving the commercial bus that was going to Abuja from the eastern part of the country. 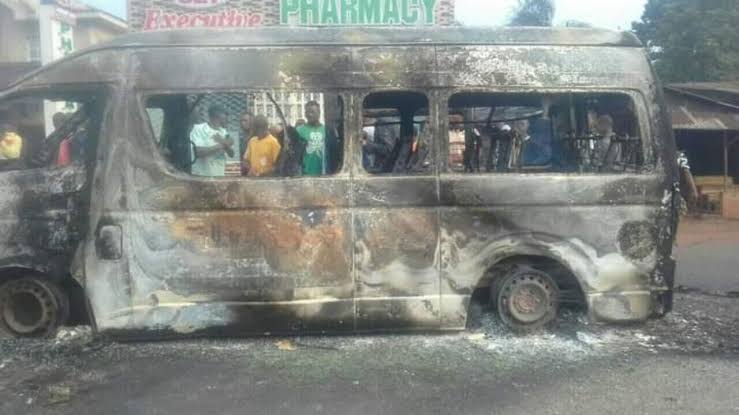 It announced in Lokoja that no fewer than seven persons also got injured when an 18-seater bus caught fire on speed.

It said that the accident occurred at 4.30 p.m., involving the commercial bus that was going to Abuja from the eastern part of the country.

Agure said that the occurrence, which happened opposite a  filling station in Nataco, Lokoja, also left three persons unhurt, while other occupants of the bus sustained minor bruises.

“My officers and men, who were promptly at the scene of the incident, assisted the injured and they were taken to the the hospital.

“Five of the injured are receiving treatment at the Federal Medical Centre, Lokoja, while two others are at the Kogi Specialists Hospital, Lokoja.

“The two bodies of the passengers have been deposited at the FMC’s mortuary,” he further said.

The FRSC boss explained that the bus allegedly developed electrical fault while on speed and that before the driver could stop, it was in already in flames.

“At the time the bus came to a halt the damage has been done as two people died and seven sustained serious injuries,” he said.

The commander cautioned motorists against speed while traveling and to see the need to always check the road worthiness of their vehicles before embarking on a journey.

“What’s more important in a journey is the safe arrival to ones destination, which shouldn’t be compromised no matter what,” he said.

There is enough legal framework to protect investments — NIPC