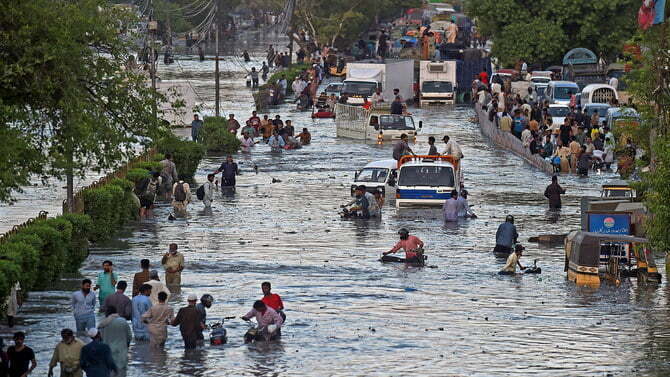 The total death toll in Pakistan from this season’s monsoon rains and floods since mid-June has risen to around 1,427.

According to a report released by the NDMA, 510 children and 287 women were among those who lost their lives in separate rain or flood-related accidents in the country.

The country’s southern Sindh province was the worst-hit region where 594 people were killed, followed by northwest Khyber Pakhtunkhwa and southwest Balochistan provinces which reported 303 and 270 deaths respectively.

Moreover, 1,750,828 houses were destroyed and 883,268 livestock perished in different parts of Pakistan, the report said.

It added that 13,383 kilometre-long roads and 390 bridges have been damaged throughout the season.

Additionally, 541,040 people are currently living in camps, while an estimated 179,281 people have been rescued, according to statistics published by the NDMA.