He said that six local government areas shall be selected from a state in each of the six geo-political zones for full population enumeration. 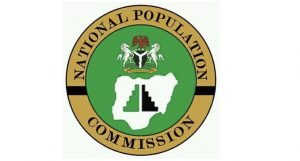 A total of 13,500 field functionaries are to conduct a trial census in 7,468 Enumeration Areas (EAs), the National Population Commission (NPC) has declared.

“The trial census shall cover the 36 states of the federation and the FCT,’’ Mr Bala Almu-Banye, NPC’s Federal Commissioner in Katsina State said on Tuesday in Katsina.

He said that six local government areas shall be selected from a state in each of the six geo-political zones for full population enumeration.

“Forty-five EAs shall be selected each from the remaining 30 states and the FCT. In total, 7,468 EAs have been selected for this trial census to test run their suitability and readiness for the actual census,’’ he said.

Almu-Banye was speaking at the close of the Northwest Zonal training for principal trainers for the exercise.

“The training of the principal trainers, who are mostly academics and NPC’s staff, was part of preparations for the 2023 population and housing census.

“The quality of the personnel for the census has a great impact on its outcome.

“The need to properly train the facilitators who will in turn train the supervisors and the enumerators at the state level cannot be overemphasised,’’ he said.

Almu-Banye added that participants at the workshop would re-evaluate the skills and practical demonstration of operations on the field for the next few days.

“This is with the overall effort to deliver a truly scientific trial census that can prepare the ground for a credible and acceptable exercise next year.

“The conduct of the zonal training workshop for facilitators is, therefore, our strategy for making sure that there is a solid base for the state level training for the trial census,’’ he said.

Almu-Banye explained that monitoring and evaluation instruments had been developed to ensure that the exercise did not lose focus in view of predetermined objectives and processes.

According to him, such instruments are to assess the extent to which objectives are being met or not, and whether the processes are adhered to or not.

Earlier, the NPC’s Director in Katsina State, Alhaji Bala Mairuwa, said that 14 participants were selected from each of the seven states in the zone.

According to him, the states are Katsina, Kano, Sokoto, Zamfara, Kebbi, Jigawa and Kaduna.

He added that in Katsina State, Daura Local Government Area would be enumerated 100 per cent.