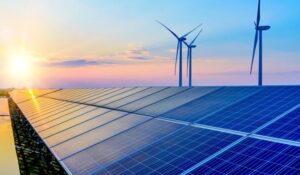 Stakeholders in the energy sector on Tuesday converged in Abuja to brainstorm on the implementation of Energy Transition Plan (ETP).

The News Agency of Nigeria (NAN) reports that on August 24, the Nigerian Government launched its Energy Transition Plan (ETP),

The plan is designed to simultaneously tackle the challenges of energy poverty and the climate change crisis.

The stakeholders dialogue was organised by Renewable Energy Association of Nigeria (REAN) with the theme“ Understanding the Nigeria Energy Transition Plan.

Speaking at the dialogue, President of REAN, Mr Ayo Ademilua said that what the plan has done was to identify the key areas where there was currently high emission in Nigeria.

He listed these key areas to include cooking with firewood and charcoal in rural areas as well as gas flaring.

Ademilua said: ”When you move into interior parts of country, about 60 per cent of the people there are still not doing clean cooking and are emitting carbon.

“We have over 120 million people in Nigeria not doing clean cooking and they are emitting carbon.

“I want to congratulate Nigeria for the commercialisation of gas flaring,  it is a good step in the right direction.

“From the oil and gas, we have gas flaring; we know what is happening with diesel and fossil fuel. ‘’

Ademilua said that the plan was on how to eradicate these carbon emissions not from day one, adding that it is why it is transition.

“ We  are going to be moving using some parameters, using plan to move away from the fossil fuel  towards a clean energy access by the year 2060.

“We are privilege to be able to bring together people that put together this document to discuss this, ‘’ he said.

Mr Mutanga Umar-Sadiq, office of the Vice President in his presentation titled` `The Nigeria Energy Transition Plan, the Realities and the Implementation Roadmap”, said that Nigeria was positioned as the first country to develop a detailed energy transition plan.

He said that about 65 per cent of the country’s total in house gas emissions were related to energy consumption and industrial processes.

According to him, within energy consumption, the most actionable sub- sectors are related to power and clean cooking.

“The power sector represents the largest individual source of emission particularly because of generators and diesel.

“As we think about how to engage with the plan, as we think about identifying the opportunities to explore, we are trying to displace the use of diesel and generator set to cleaner sources, ‘’ he said.

Umar-Sadiq said that part of the Nigeria energy transition plan was identifying the pathways, hence in short term achieving universal access energy by 2030.

“And also in the longer term achieving net zero in 2060 and to do that, we think that we need to deploy solar capacity at an unprecedented scale, ‘’ he said.

Luckscheiter said that if the plan was implemented, it  would make a significant contribution to tackle energy poverty in the country.

“ And help to put Nigeria on a pathway towards its ambition to reach net-zero by 2060.

“The Nigerian government was deliberate to launch the ETP online to a global audience of stakeholders as it is clear that it will need the assistance of international development partners.

“ And foreign direct investment to make this plan a reality, ‘’ he said.